“If someone says they are depressed, it doesn’t mean it’s because they don’t pray five times a day,” says Ausam, who is diagnosed with depression.

Ausam faced harassment at a young age and is still recovering from the trauma.
“I reached out for help I was ignored or either was made fun of.” 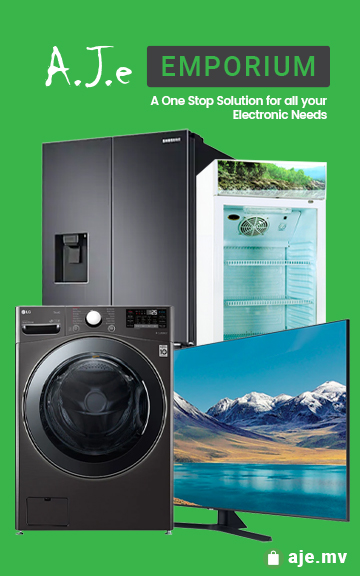 “You deserved it, you were asking for it, you are weak,” were the words directed to him, and Ausam says that those hurtful words still affect him to this day.

Ausam describes his experience with the misinformation surrounding depression.

“My mental health got so bad I was in physical pain and I go for weeks without being able to eat either. I won’t have an appetite or I will have to puke it out. People said it was my fault and I did this to myself. They said that I should have kept this to myself. But who am I supposed to tell this? What if this happens again?” he says, expressing the lack of help he received from the people he looked up to.

“The psychiatrist prescribed anti-depressants, I started taking it and people asked me why I was taking them and that I am not supposed to take them at a young age as I might get addicted. I wondered if this was what they were actually worried about.”

Ausam says he reached out to an organisation in Male that provides counselling and explained his unfortunate experience with them.

“They do not give any advice. They listen to me talk and say okay, your time is up and tells me that they will check on me the next day.”

Ausam says that he is hesitant to get help from mental health services as he is worried about confidentiality issues which ultimately led him to lose faith in getting help in Maldives.“An intern is sent from the clinic for follow-ups. This woman (the psychologist) made fun of a client for being depressed and sexually harassed.”

Ausam wants guys to be comfortable talking about their mental health and describes the toxic masculinity he believes a lot of men experience.“When a guy is speaking about sexual abuse, they are automatically labelled as weak. And because of this reason, guys don’t tend to talk about mental health.”

Ausam says it is important for family members to acknowledge when someone reaches out to them especially if it is about harassment.

“If a child is telling you that they are being harassed, never question it. Instead, investigate. Even if the (person who harassed) is family, your child is more important.”

Ausam says that he is improving and feels better as he is keeping himself busy and pushing himself to work. He wants to thank all of his friends and family who help him on his journey to recovery.
#ownyourstories
– In partnership with Rise Up MV