“What you wear has no bearing on your sexuality,” says Dhaain, a victim of bullying
People have bullied Dhaain even when he was in school. They made fun of the way he walked and he talked.
“They kept me aside.”

Dhaain says that he came to Male’ after continuous bullying from his schoolmates. 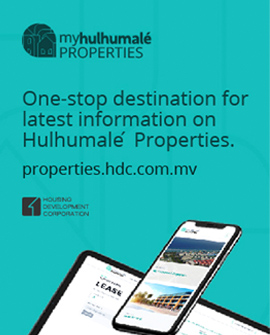 When asked about his profession, he mentioned that in the Maldives, there is little room for men to express themselves creatively without being labelled as inferior. Dhaain says that he wants to break this stereotype.
“I was going to work once and someone walked up to me and spat on my face,” says Dhaain, describing how people harass him on the street. He also mentioned that people threw water bottles at him and call him names.
“It is hard for me to walk the same roads if I get harassed and try my best to walk around it.”

“My friends and family are my support system and they help distract me from what people say,” revealed Dhaain who is supported by his family and friends to pursue his interest in fashion design and stay positive throughout the bullying and harassment.

“This generation is very open. There are people who would bring you down but keep it positive. People make fun of you but that means you are getting people’s attention. If you like to do something it is important, stick to it and keep moving forward.” He said when asked about a message for aspiring fashion designers.

Dhaain says that people posted his TikTok on a (Facebook) page which made people bully him even more.

“I stopped posting TikTok style videos because I was posted on the Facebook page and I got harassed. I didn’t want to deal with the negativity.”

Dhaain says it is important to face his problems in order to move past it.

– Photostories in partnership with Rise Up MV